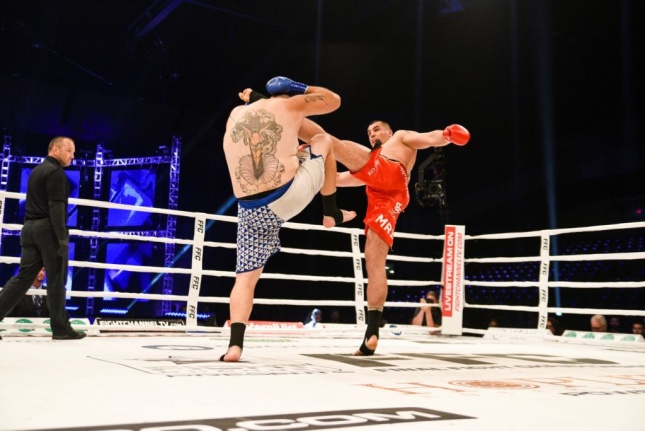 Mladen “The Scorpion Sting” Brestovac scored yet another brilliant FFC win at FFC 24 Daytona beach where he fought in the main event and defeated experienced American giant Steven Banks via his well-known high kick.

“I started slow but then I saw I could finish him with a high kick since his right arm was low. It happened twice in the first round and then once in the second. Which was enough to end the match,” said Brestovac after his new win.

“I like to fight a bit longer. I don’t like to end the fight too soon even if I could. The longer you are in the ring, the better you will be in the next fights. When I saw I have a chance, I ended it. I felt like he was tired, I landed a lot of heavy shots on him, a couple of liver punches… I saw he was breathing hard and he would not make it much longer.”

When asked whether he sees himself as a top fighter and a big star like Mirko Cro Cop Filipović or Branko Cikatić when it comes to the Croatian combat sports scene, Mladen replied: “Those people are big stars in Croatia and I have to accomplish much more to be on their level. But that would be a dream come true.”